bluewaveSELECT’s Harriet Webster and Vincent Dunlop were recently invited to talk about removing the gender bias from the SAP recruitment process at a Women in SAP event hosted by the UK and Ireland SAP User Group at Microsoft’s Experience Centre, Oxford Street, London 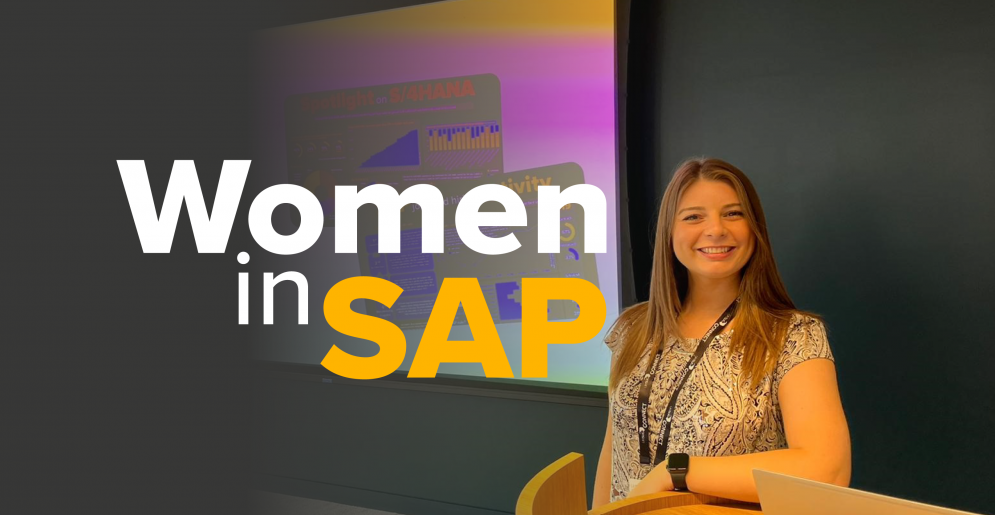 It is human nature to develop unconscious biases and to recruit in our own image but are we letting this limit our ability to recruit a world class team?

Here are some bold steps forward to help minimise potential unconscious bias in the hiring process and to attract and recruit from a wider talent pool.

We will start with a controversial one. Evidence shows that certain words are picked up more by one gender than another so the thinking is that if you want to attract more female applicants use more words that appeal to females in your adverts.

However, using bluewave as an example, we like out team to relate to both sides of the wording and plenty of women here proudly resonate more with the masculine gendered words than those on the feminine side, and vice versa with our male colleagues.

We will leave you to review the words and the further reading to make your own minds up. 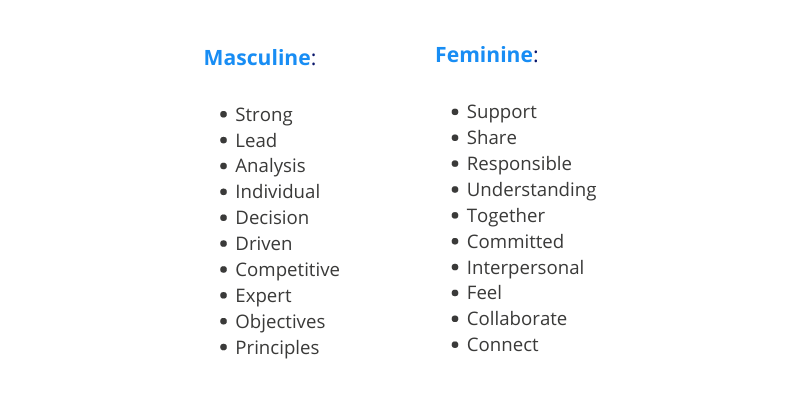 One way to address this is to encourage ‘blind applications’ that remove details like race, nationality, gender and age.

As an example, one customer of bluewave’s assigns a colour and an item of food to replace candidate names so that it is not uncommon to arrange an interview for a ‘blue raspberry’.

3) Change to a structured interview process

A natural instinct when hiring is to engage with people who mirror ourselves, whether in looks, personality, background, education levels, common work experiences and so on. Evidence shows that more diversity leads to better decision making (have a look at Beyond the Echo Chamber in the Harvard Business Review).

Switching to a structured interview process will encourage diversity and allows for a more accurate benchmarking of candidates. At bluewave for example, we use set questions for all applicants which produces a scorecard for comparison based on merit.

4) Have a diverse interview panel

Putting together an interview panel of diverse colleagues (gender, ethnicity, age, life experience etc) introduces multiple perspectives to the candidate assessment process and is a clear step away from the single-influenced hiring process that can be open to unconscious bias.

Whilst some see gender targets as a contentious issue, they are here to stay. In April this year the FCA set diversity targets for listed UK companies that include at least 40% women at board level (this figure can include trans women) Credit: bloomberg. Whether your company has official gender targets or not, supporting women in to management roles and beyond is likely to set a precedent for other women to follow. 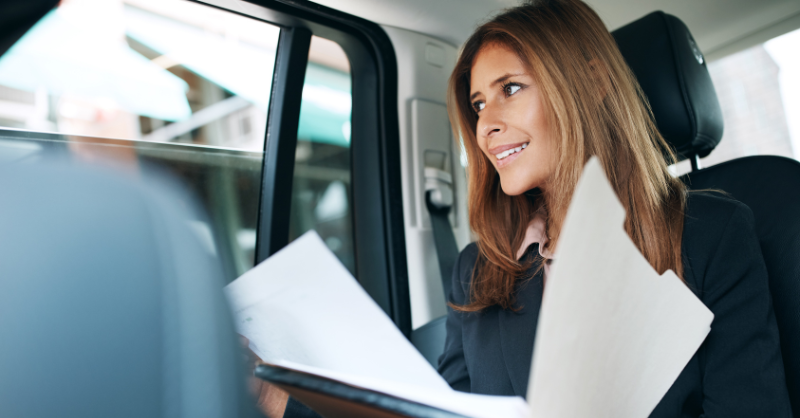 One step further to supporting women in to more senior roles is actively encouraging them to put themselves forward for special projects, new initiatives and promotion opportunities. There is lots of anecdotal evidence showing that men are more likely put themselves forward for promotions than women with the same levels of experience. Saying ‘I think you should put yourself forward for this’ to a high performing female colleague or team member or asking ‘why haven’t you put yourself forward?’ may give them the reassuring nudge they needed to go for it.

This goes without saying but we will say it anyway; a clear and well publicised policy on discrimination along with training on unconscious bias puts the issue firmly on the agenda in the workplace.

All colleagues should be aware of discrimination policies along with the penalties for non-compliance.

Foster a culture where people get promoted and new team members recruited based on merit and the ability to deliver the key aspects of the role. Be open and publicise this criteria to improve understanding of what good looks like so other people know what they have to do for future promotions.

So, how do does the SAP community measure up?

Since we were asked to present at this event, we reached out to our SAP network and asked the simple question “Does your current employer have any formal measures in place to remove gender bias from the recruitment process?”

These were the results 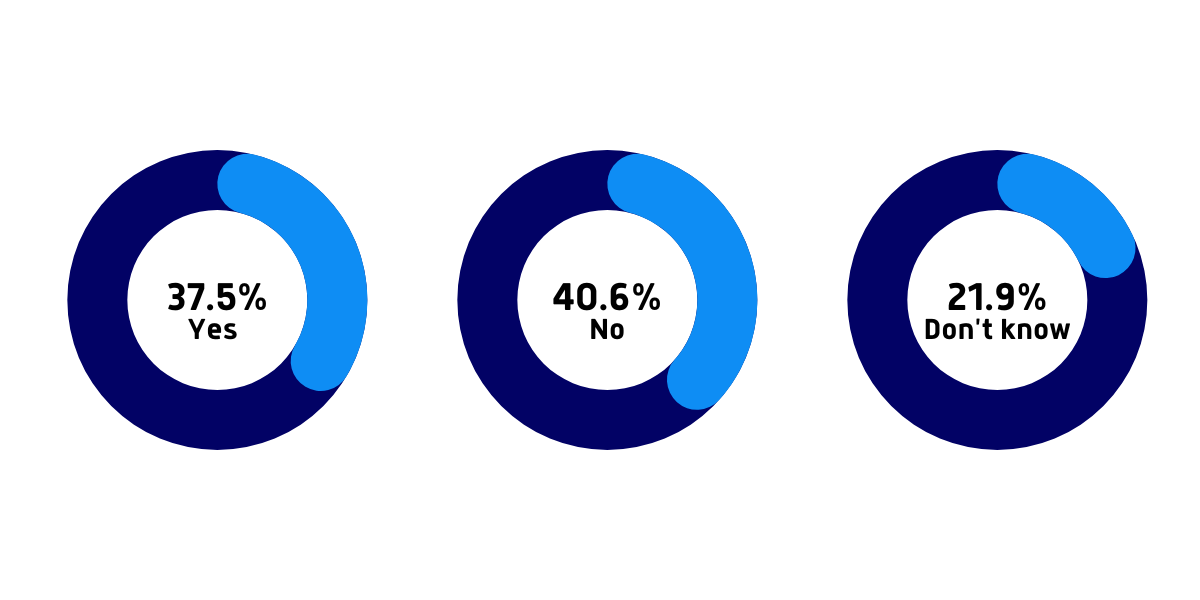 The results were far from perfect.

More people answered no than yes, and a significant section answered ‘don’t know’ meaning that if their organisation did have measures in place they aren’t publicised enough internally to be effective.

The second question we asked was ‘if yes, what measures are in place?

Respondents that answered yes generally were able to select more than one measure which is a good thing.

The UK & Ireland SAP User Group highlights research from the Centre for Economics and Business Research in which it states that only 16% of UK IT professionals are women- in Q2, 23% of the SAP professionals that bluewave placed in to new jobs and assignments were women. So is the SAP community perfect when it comes to equal representation of women? No, far from it but we are getting better and are considerably ahead of the general IT sector which is a good place to pick up from and drive forward.

If you are a woman in SAP and would like to get involved please contact Julie.weir@sapusers.org for details.

Events include monthly online meet ups, guest presenters from the world of SAP, Q&A sessions and in person social events. You can be involved as much or as little as you would like.

Transform your approach to SAP recruitment

Unlock access to hidden networks
Get in touch today
We use cookies on our website to give you the most relevant experience by remembering your preferences and repeat visits. By clicking “Accept All”, you consent to the use of ALL the cookies. However, you may visit "Cookie Settings" to provide a controlled consent.
Cookie SettingsAccept All
Manage consent

This website uses cookies to improve your experience while you navigate through the website. Out of these, the cookies that are categorized as necessary are stored on your browser as they are essential for the working of basic functionalities of the website. We also use third-party cookies that help us analyze and understand how you use this website. These cookies will be stored in your browser only with your consent. You also have the option to opt-out of these cookies. But opting out of some of these cookies may affect your browsing experience.
Necessary Always Enabled
Necessary cookies are absolutely essential for the website to function properly. These cookies ensure basic functionalities and security features of the website, anonymously.
Functional
Functional cookies help to perform certain functionalities like sharing the content of the website on social media platforms, collect feedbacks, and other third-party features.
Performance
Performance cookies are used to understand and analyze the key performance indexes of the website which helps in delivering a better user experience for the visitors.
Analytics
Analytical cookies are used to understand how visitors interact with the website. These cookies help provide information on metrics the number of visitors, bounce rate, traffic source, etc.
Advertisement
Advertisement cookies are used to provide visitors with relevant ads and marketing campaigns. These cookies track visitors across websites and collect information to provide customized ads.
Others
Other uncategorized cookies are those that are being analyzed and have not been classified into a category as yet.
SAVE & ACCEPT